von by EGO-Redaktion Original in German, angezeigt indisplayed in English▾
The Transfer of Ideas, Technologies and Practices in Networks of Personal Relationships 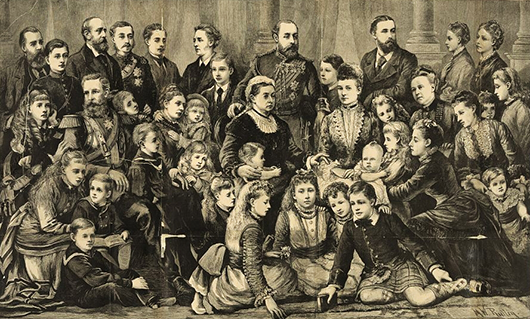 In a certain sense, the network is an apt overall symbol for a transcultural history of Europe that – generally speaking – aims to broaden the view beyond structures and national categories to networks that span across borders. The focus is on the network of relationships composed of communicative streams covering Europe and the world that draw in individual actors, linking them to other actors at various levels. The networks investigated in this thread  – understood as the sum of the connections between people – are characterized by constant communication between regular and identifiable actors at a personal level across borders. Within all of these relationships, people exchange information and/or goods. In doing so, they transfer, intentionally or unintentionally, ideas, technologies or practices. These relationships can be dynastic relations between ruling houses, communities of faith, economic or political cooperation or even secret societies.

Europe was governed until the end of the ancien régime by one ruling family: the family of European dynasties; this is one of the theories investigated in the survey article Dynastic Networks. This article examines the dynastic links between the European royal houses. In order to maintain their power, the European dynasties employed communication and cooperation with relatives, creating nuanced networks that also enabled cultural transfer between the linked families and thus their dominions. While there was rarely a conscious intention behind these transfers, these close networks among the leading European aristocracy promoted appropriation and learning processes.
A specific form of aristocratic network creation was the Dynastic Marriage. The article underlines that the "family of princes" was not a pan-European network. Instead, it was organised into specific circles of marriage that from the early modern period were largely determined by confession. Thus, there was a (Protestant) German-British Northern European marriage circle and its Catholic counterpart, which was the French-German Southern European marriage circle. Weddings outside these circles were very rare, thus limiting the opportunities for transfer. The article picks out the house of Saxe-Coburg-Gotha as a particularly successful example, which in the 19th century was able to occupy a large number of European thrones through strategically adroit marriages.