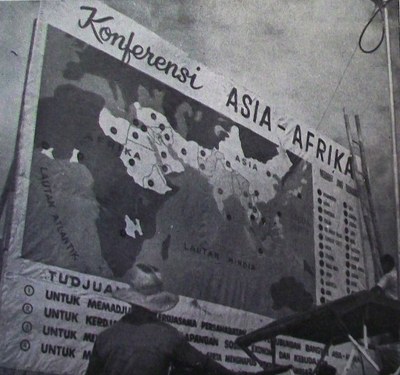 The so-called "Bandung conference" was the first large-scale meeting of Asian and African states, most of which were newly independent. The meeting was held on 18–24 April 1955 in Bandung, Indonesia. On the whole 29 countries took part in the conference and thus represented 54 per cent of the world's population. The conference's aims were to promote the economic and cultural cooperation between Africa and Asia and to oppose colonialism by any nation. The conference is seen as a first step towards the establishment of the Non-Aligned Movement. This movement consisted of neutral countries associated neither with Western nor Eastern powers in the Cold War period (caption by the editorial team).