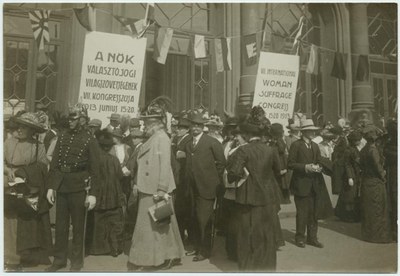 The Seventh Conference of the International Woman Suffrage Alliance (IWSA) took place in Budapest from 15 until 20 June, 1913. Delegates from 22 countries were sent to the congress to debate about the current state of women's suffrage and several related topics, especially the growing militancy of the movement's British section. The event attracted worldwide attention (caption by the editorial team).