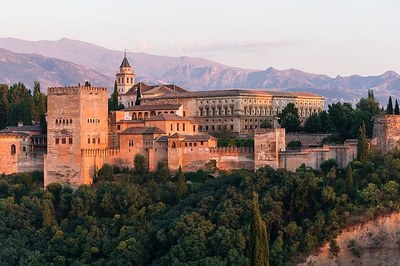 The Alhambra citadel on the Sabikah Hill of Granada in Spain is considered one of the most important examples of the Moorish style of Islamic art. From 1238 to 1492, the Alhambra served as the seat of the Emirate of Granada. The emirate was founded by the Nasrid dynasty. The last ruler of the Nazarites, Muhammad XII ("Boabdil") (1459–ca. 1536) handed over the throne to Isabella I of Castile (1451–1504) and King Ferdinand II of Aragon (1452–1516) on January 2, 1492. The end of the Emirate of Granada also resulted in the loss of the last Muslim-dominated territory of the Iberian Peninsula (Al-Andalus).