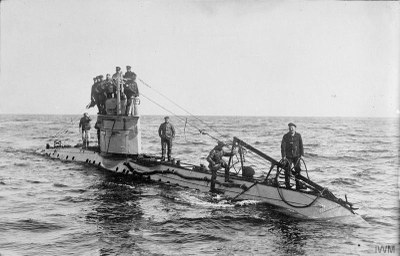 This black-and-white photograph, which was taken between 1915 and 1917, shows the crew of a German submarine of the UC 1 type. The men are standing on the surfaced submarine. This type of submarine was introduced in 1915 and was mainly used for laying mines.