The Battle of Solferino in 1859 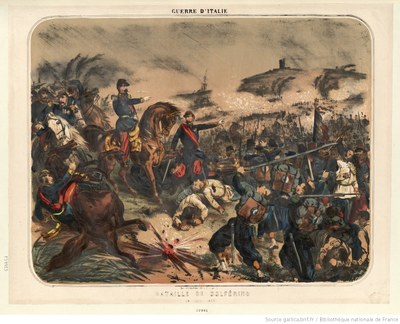 The Second Italian War of Independence was fought between Austria on the one side and Sardinia-Piedmont and its ally France on the other side. The Austrians were defeated in the Battle of Solferino on the 24th of June, 1859. This defeat helped clear the way for the unification of Italy. The barbarity of the battle, in which about 30,000 soldiers died, and the plight of the wounded, who received no assistance, prompted the Swiss businessman Henri Dunant (1828–1910) to establish the Red Cross and led to the Geneva Convention of 1863.