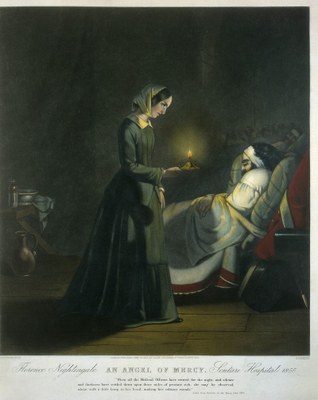 Known as the "Lady with the Lamp", the English nurse Florence Nightingale (1820–1910) became famous for her efforts during the Crimean War (1853–1856). After she returned home from the Ottoman barracks at Scutari, where she had run a military field hospital, she subsequently brought about reform of care for the sick in Britain. In 1860, she founded the Nightingale School of Nursing, the first school of nursing that was not connected with a church. Up to the present day, she is viewed as a pioneer for the professionalization of medical care.