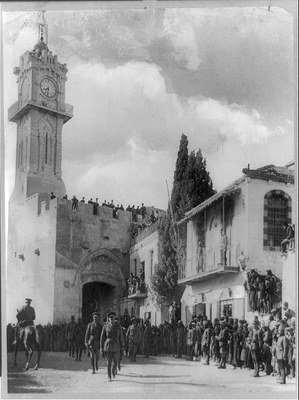 On 9 December 1917, British troops under the command of General Edmund Allenby (1861–1936) captured Jerusalem. Out of respect for the Holy City, they entered it on foot. The hand-over to the British army had been preceded by weeks of fighting against Ottoman and German troops.