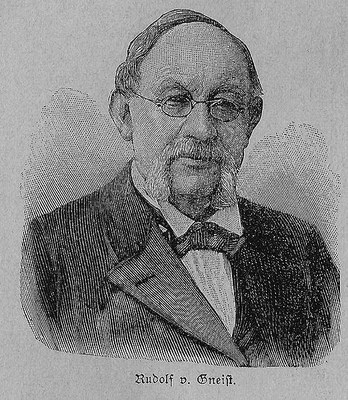 Rudolf von Gneist was one of the most renowned German jurists of his time. From 1844, he was professor of public law in Berlin. Two years earlier, he gave private lessons to Hirobumi Itō, Japan's first prime minister, during his trip to Europe. Gneist was also a member of the Prussian Parliament and later a member of the Reichstag. In 1867, he rose to the leadership of the National Liberal Party. In 1888, he was granted noble status.