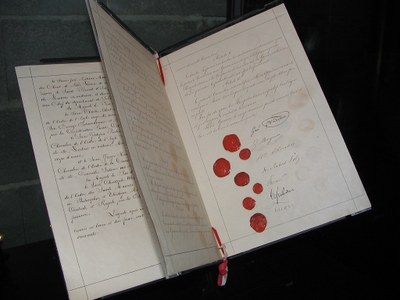 On 22 August 1864, the first Geneva Convention was signed during a diplomatic conference at which twelve states were represented: Baden, Belgium, Denmark, France, Hesse, Italy, the Netherlands, Portugal, Prussia, Switzerland, Spain and Württemberg. Previously, in 1863, the International Committee for the Relief of the Wounded had been founded on the suggestion of Henri Dunant (known since 1876 as the International Committee of the Red Cross).