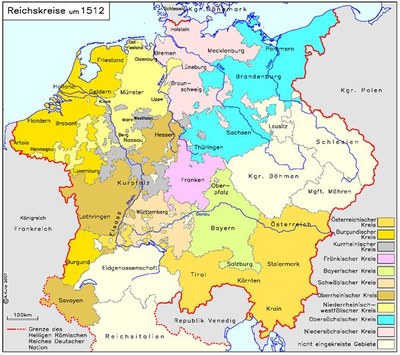 The Holy Roman Empire of the German Nation was divided into six districts from 1500 and ten districts from 1512, which remained in effect until 1806. They performed various administrative tasks and sent delegates to the imperial government.