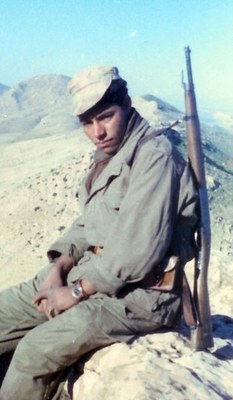 Muslims who had fought for France in the Algerian War were called harkis. After independence, they fled to France, where they had to apply for French citizenship again. Despised by the Algerians as "collaborators" and for many French people as simply "Arabs," they were forced to live in ghettoized military camps.