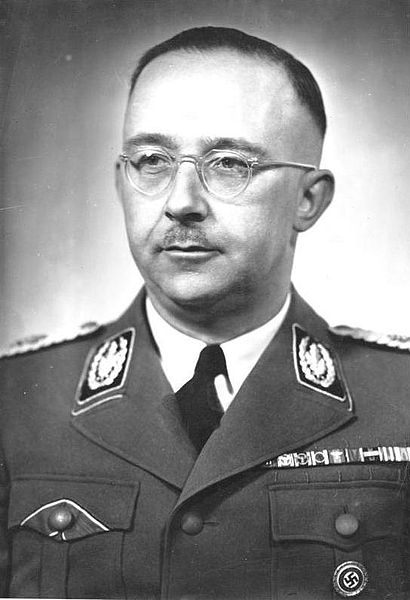 The Nazi politician Heinrich Himmler, as the Reichsführer SS (since 1929) and the head of the German police (since 1936), was one of the main responsible parties for Nazi crimes. His field of responsibility also included the system of concentration camps, which he was building from 1933. From 1939, Himmler, as the "Reich Commissar for the Strengthening of Germandom", was also responsible for newly settling and resettling German citizens and ethnic Germans in the territories of Eastern Europe conquered by the Wehrmacht and the associated expulsions of the original population.