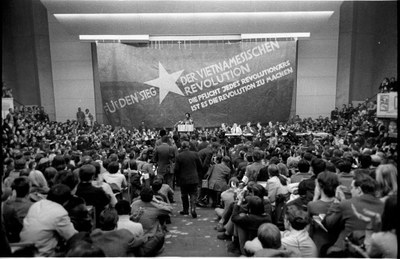 The International Vietnam Congress took place on 17 and 18 February 1968 at the Auditorium maximum of the Technical University of Berlin in West Berlin. The event proved to be an important milestone of the German student movement of the 1960s. Approximately 5,000 participants and 44 delegations from 14 countries took part (caption by the editorial team).