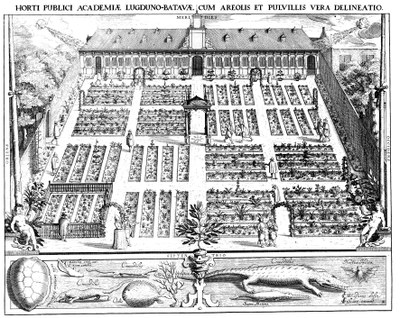 This representation of the botanical garden in Leiden from 1610 shows the oldest garden complex in the Netherlands. Created in 1590 by the University of Leiden, the geometrically designed garden became a medicinal herb garden four years later. The scholar and botanist Carolus Clusius (1526–1609) also cultivated exotic plants such as tulips, potatoes, and tobacco, which soon became known throughout Europe.