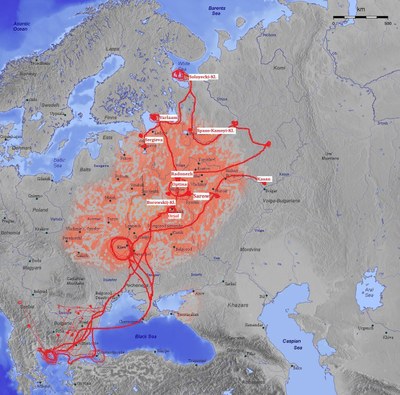 When the monastic culture spread under the influence of Sergei Radonezsky and his disciples, it resulted in a spiritual settlement of the north. This map of Kievan Rus' shows the regions to which this "monastic colonization" of the 14th–16th century extended.