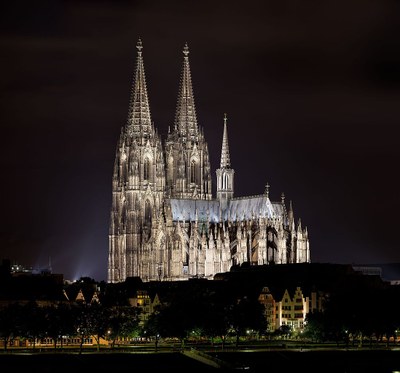 The construction of the Cologne Cathedral (officially: Cathedral Church of Saint Peter) began in 1248. It was not completed until 1880, after construction was interrupted between 1528 and 1823, and is one of the world’s largest Gothic cathedrals. The Cologne Cathedral, which survived the bombing of the city in the Second World War nearly unscathed, has been a UNESCO World Heritage Site since 1996.