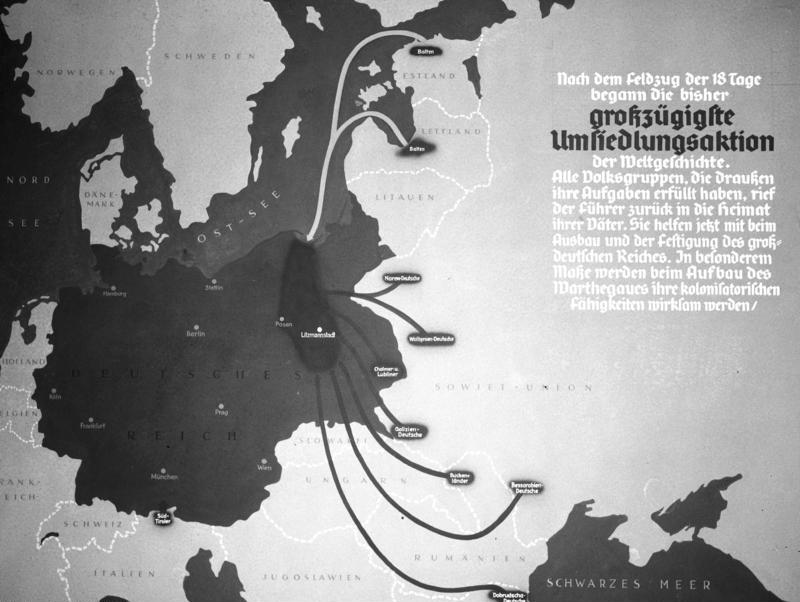 After the deportation of about 800,000 Jews and Poles from the eastern territories incorporated into the German empire, a resettlement of "ethnic German splinter groups", who had been (forcibly) resettled from Lithuania, Estonia, Latvia, Galicia, Volhynia, Romania, North Bukovina and Bessarabia, began. Nazi propaganda glorified these measures in a contemporary map, in which the countries of origin of the resettled persons were marked, as the "most generous resettlement action in world history". The complete image caption states: "After the 18-Day War, the so far most generous resettlement action in world history started. The Führer has recalled all German groups who have fulfilled their duties abroad into the Land of the Forefathers. They are now helping with reconstructing and completing the Greater German Reich. Their colonising abilities will become effective to a special degree while reconstructing the Warthegau."