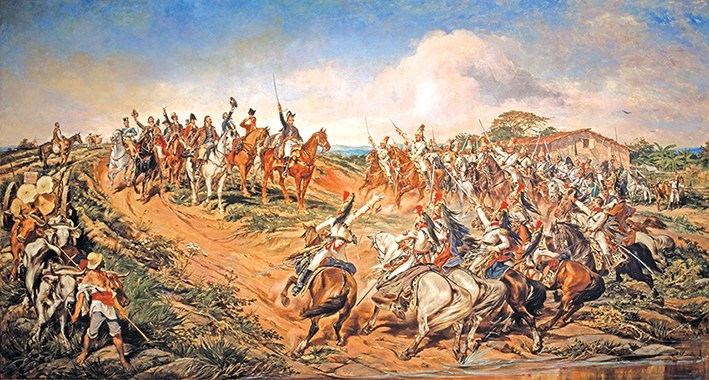 At Ipiranga on September 7 1822, the Portuguese crown prince was given the letters of the Cortes, in which all of his measures were annulled and his ministers were declared to be traitors. On foot of this, he broke with Portugal and effected the final separation of Brazil from Portugal with the cry "Independência ou Morte!"("independence or death"). This painting by Pedro Américo, which only came into being decades later in Florence in Italy, depicts the prince with his troops at the decisive moment of the "Cry of Ipiranga". His guard of honour pledges its support; some of the soldiers rip the white-and-blue ribbons, which had symbolized their loyalty to Portugal, from their arms. On December 1 1822, Crown Prince Peter of Portugal became Emperor Peter I of Brazil.