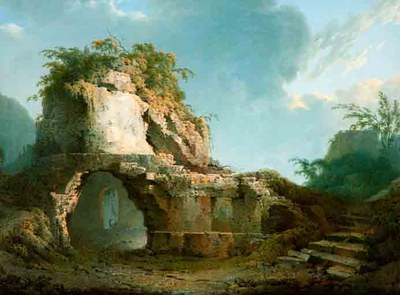 North of Naples, the Phlegraean Fields extend along the Gulf of Pozzuoli. Here, there were not only natural historical monuments to appreciate, but, above all, a number of ancient remains, which, it was thought, were connected with important historical and mythological figures. This included the tomba di virgilio, already mentioned by Francesco Petrarca, at the entrance of Grotta di Pozzuoli, a tunnel from the first century AD. Virgil, author of the Georgica and the Aeneid, was a literary memorial of the first order for travellers, which is why the tomb, which is not actually authentic, earned such a great deal of notice.