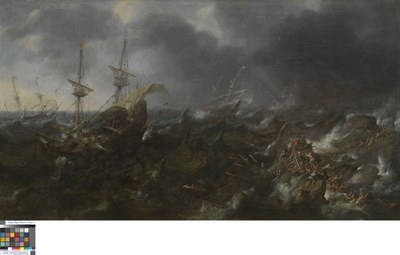 On 7 October 1571, a fleet of the Holy League, a coalition of southern European Catholic maritime states, defeated the main fleet of the Ottoman Empire on the northern edge of the Gulf of Corinth, off western Greece. This is known as the Battle of Lepanto after the base from which the Ottoman fleet sailed. The victory of the Holy League prevented the Ottoman Empire from expanding further along the European side of the Mediterranean. Lepanto was the last major naval battle in the Mediterranean fought entirely between galleys.