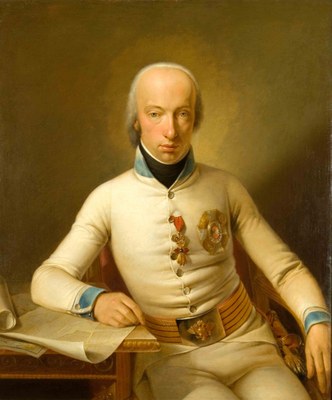 Brother of the Habsburg Emperor, the Archduke Charles was a talented military commander who instituted extensive reforms in the Austrian army and was the first general to defeat Napoleon at Aspern-Essling in 1809.

Johann Baptist Seele (1774–1814), Archduke Charles of Austria in the uniform of the colonel of the infantry regiment no 3, oil on canvas, 1800; source: Heeresgeschichtliches Museum Wien.