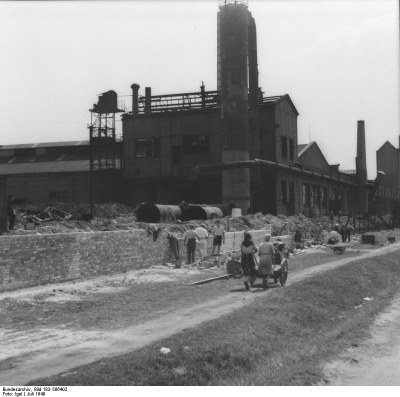 Reconstruction in the Soviet Zone of Germany (the German Democratic Republic since 1949) was slower than in the West, hampered not least by the large-scale removal of industrial equipment in lieu of war reparations. In time, however, East Germany rebuilt its industrial base, though  production of consumer goods could never quite keep up with demand. This gap widened in the 1970s and 1980s, and was only partly compensated by gifts from Western friends and relatives.