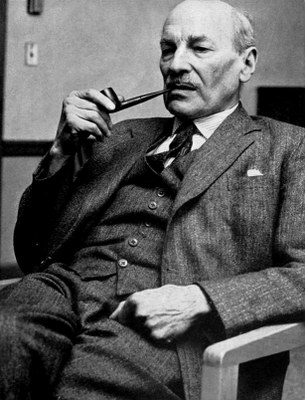 Clement Richard Attlee, 1st Earl Attlee (1883–1967) was Prime Minister of the United Kingdom from 1945 to 1951 and the Leader of the Labour Party from 1935 to 1955. His administration introduced welfare measures such as the National Health Service, nationalised major industries and oversaw the independence of India.