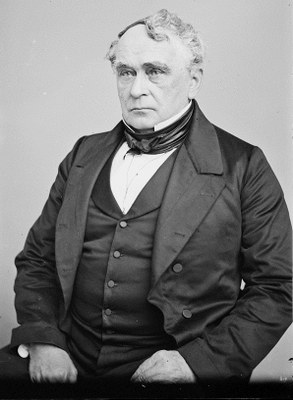 After being prosecuted for his political activities in his home-country native Prussian and jurist Franz Lieber emigrated to the United States in 1827. There he founded and edited the Encyclopedia Americana, the first significant American encyclopedia, which he based on a translation of Brockhaus's Conversations-Lexikon. Besides, he published several works and translations from German and French on political and legal matters and was a principal informant for Alexis de Tocqueville's study Democracy in America (1835). As a consultant to the War Department he drafted the "Lieber Code" (1863), legal guidelines for the Union army. These were adopted by the Prussian Army in 1871 and became the basis of the first laws of war (caption by the editorial team).