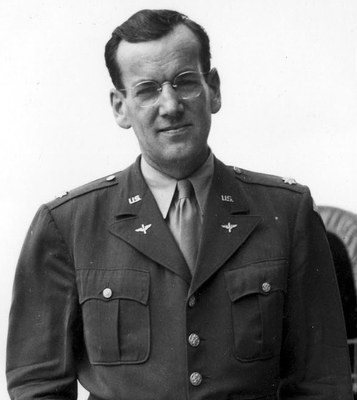 Glenn Miller (1904–1944), American musician and big band leader, who was a celebrated cultural representative of the US in Europe during World War II. He is believed to have been killed in a plane crash.