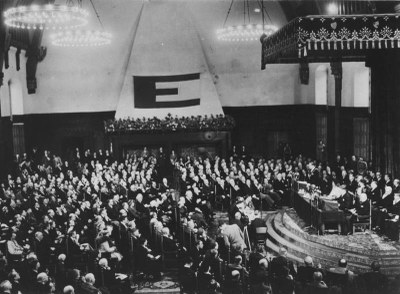 During the Congress of Europe, held in The Hague from May 7 to May 10, 1948 under the patronage of Winston Churchill (1874–1965), the European Movement established itself as an international and independent affiliation of organisations in support of European integration. The concluding manifesto of the Congress gave impulse to the establishment of the Council of Europe in 1949.