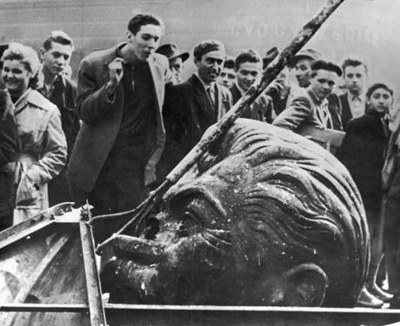 The Hungarian Revolution or Uprising of 1956 was a nationwide revolt against the Soviet-controlled government of Hungary. It lasted from 23 October until 10 November 1956, when it was put down by a Soviet military force. Though the reassertion of Soviet control was effective in the medium term (at least until the "Prague Spring" of 1968), the uprising has since been taken to foreshadow the eventual collapse of Communism in Eastern and Central Europe in 1989. Events in Hungary also led many intellectuals in the West to question their own commitment to Communism.