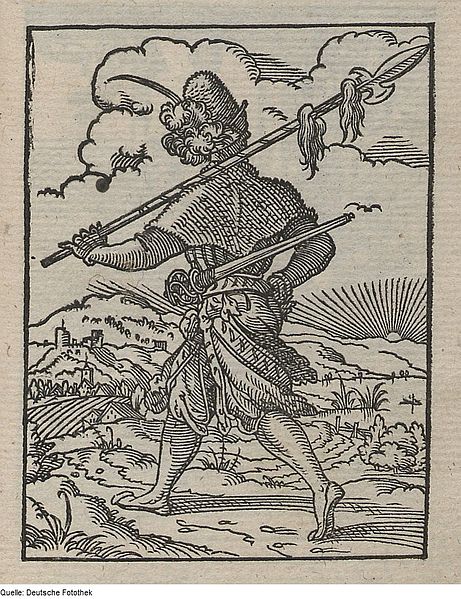 A byword for ferocity, Landsknechte (singular Landsknecht) is a name first recorded ca. 1480 for mercenary soldiers from the Swabian regions within the Holy Roman Empire. The term was introduced to distinguish them from their model, the Swiss mercenaries. From the Swiss, too, they borrowed an elaborate dress sense. Landsknechte used various weapons, most famously the pike, as well as halberds, swords both short and two-handed and the arquebus, the precursor to the musket. Their decline in the late 16th century was due to a variety of factors including financial difficulties on the part of the Holy Roman emperors leading to a lack of discipline and competition for their services from other princes, and changes in military organization.