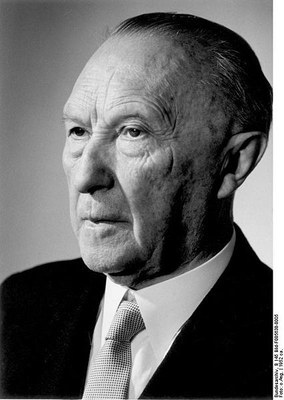 Before the Nazis came to power, Konrad Adenauer had been the mayor of Cologne and a member of the Catholic Centre Party. After the war, Adenauer was encouraged to re-enter politics by the western Allies, leading the Christian Democratic Union to become the strongest party in the 1949 elections to the Bundestag and becoming the first Chancellor of the Federal Republic of Germany. Adenauer won three more elections (1953, 1957 and 1961) before retiring in 1963 in favour of Ludwig Erhard. Besides the consolidation of German democracy, his achievements include rapprochement with France and the integration of West Germany into western alliances (NATO and EEC).