The Battle of Malplaquet, 1709 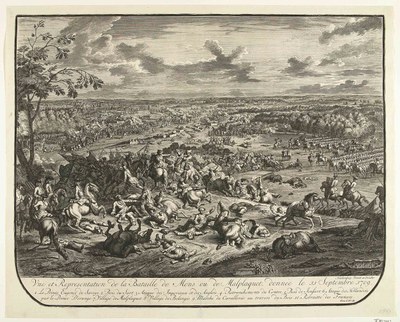 The Battle of Malplaquet, fought on 11 September 1709, was the bloodiest battle of the War of the Spanish Succession. The armies of the Grand Alliance, led by the Duke of Malborough, succeeded in forcing the Bourbon troops to withdraw from the battlefield but the casualties among allied troops were extremely high and the outcome came to be regarded by some as a pyrrhic victory.