The Peace Palace in The Hague, Netherlands 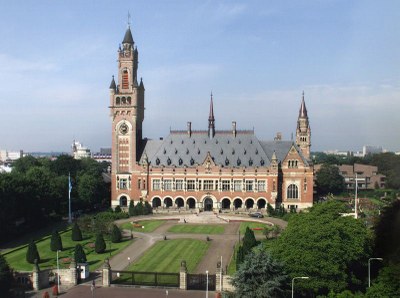 The Peace Palace, which opened in 1913, was originally meant to house the Permanent Court of Arbitration which was founded at the 1899 Hague Peace Conference. Today it also hosts the International Court of Justice, the principal judicial body of the United Nations, and other institutions (caption by the editorial team).

The Peace Palace in The Hague, Netherlands, which is the seat of the International Court of Justice, colour photograph, 2006, photographer: Yeu Ninje; source: Wikimedia Commons, http://commons.wikimedia.org/wiki/File:International_Court_of_Justice.jpg, public domain.