Vasco da Gama delivers the letter of King Manuel of Portugal to the Samorin of Calicut, ca. 1905 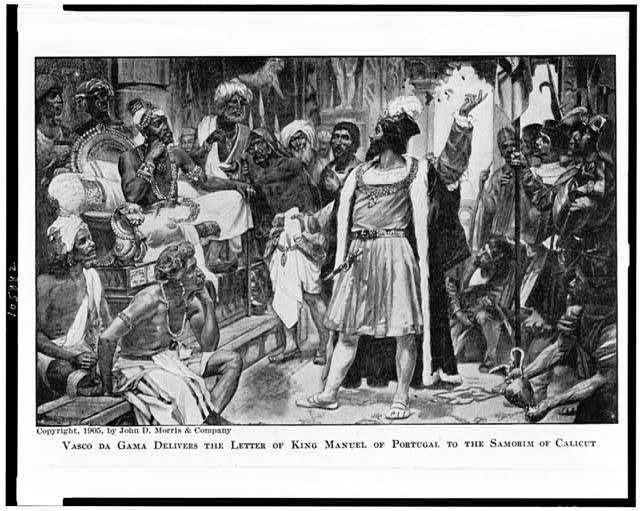 In this illustration from the early 20th century, the Portuguese mariner and explorer Vasco da Gama (c. 1469–1524) delivers a letter from King Emanuel I. of Portugal (1469–1521) to the Saamoothirippād, the ruler of Calicut in South-West India. In a manner similar to the portrayal of Christopher Columbus, the explorer, striking a heroic pose in the centre of the picture, reflects the Western understanding of history and its self-conception as standing at the vanguard of world civilization.