Soldiers of the Royal Swedish Artillery 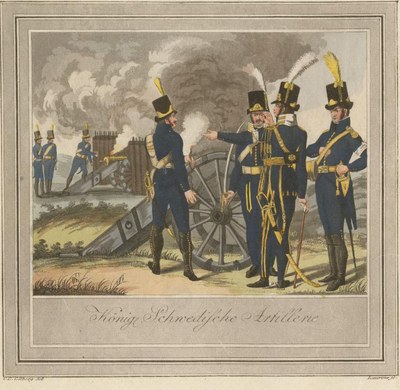 Sweden developed a special kind of allotment system (indelningsverket), which placed the onus for manning the royal army on groups of farmers renting crown lands with units allotted to geographical areas. The new system led to a higher degree of organization and allowed for a much quicker mobilization of soldiers. The allotment system was only abolished at the beginning of the 20th century.