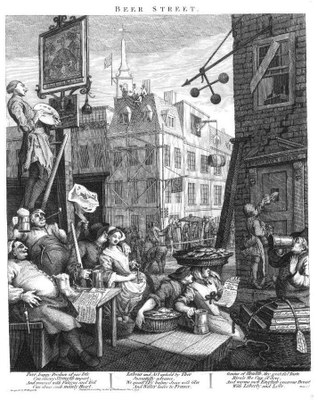 In contrast to the off-putting depiction of the chaotic conditions in "Gin Lane", "Beer Street" shows a harmonious scene. With this engraving, William Hogarth (1697–1764) sought to draw attention to the refreshing and inspiring properties of the low-proof drink, which – in contrast to gin, which had been introduced from the Netherlands – was considered a British national drink.