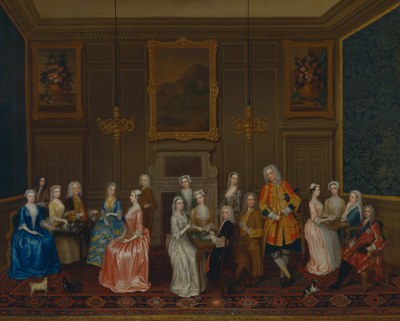 Beginning in the mid-17th century, tea became a prized commodity among the English aristocracy. It replaced coffee, which was consumed by ever broader sections of the population and thus could no longer serve as a status marker. Only during the following centuries, however, did tea become a universally popular beverage throughout the British Isles, displacing the ale which was drunk both morning and night.