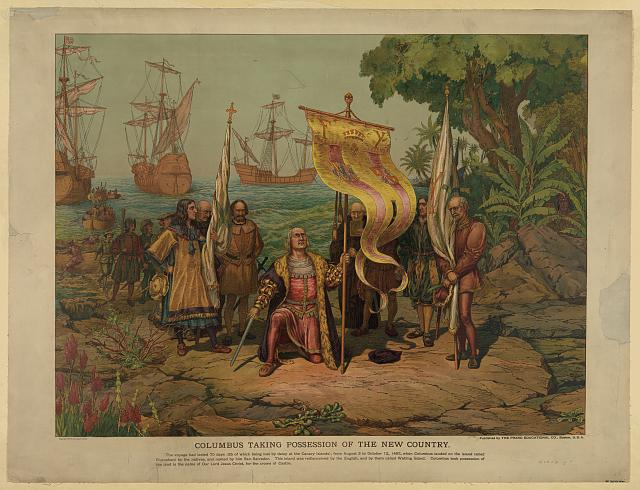 The picture from the late 19th century shows the discovery and occupation of the island of San Salvador (Watling Island) named after Christopher Columbus (c. 1451–1506). Columbus is depicted on his knees in the centre of the picture. The heroical depiction of the explorer triumphant reflects the prevalent Western self-conception of the 19th and early 20th centuries: the pioneer of all progress, Western man stands superior to all other civilization. Indeed, the "white man's burden" obliged him to make his superior knowledge available to the rest of the world and in so doing, extend his world rule. Conceived for use in schools, this picture illustrates a further aspect of "rule", namely that over the interpretation of history.