Egypt as a British Protectorate 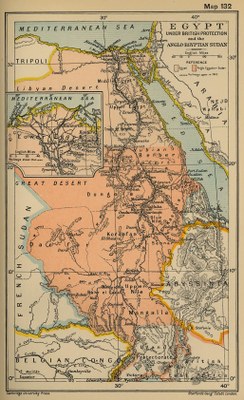 Egypt's growing financial difficulties and its high debts enabled the British Empire to expand its influence on the Nile and to make Egypt an Anglo-Egyptian condominium after the revolts of 1882. Egypt did not become a sovereign state again until 1936.