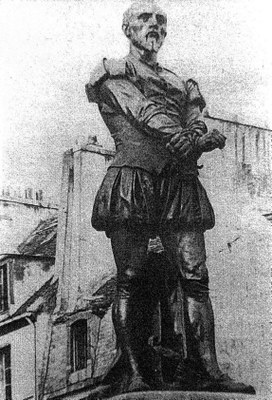 The translator and printer Étienne Dolet (1509–1546) was burned at the stake as a heretic on 3rd August 1546 on the Place Maubert in Paris. On the same spot, this bronze statue of Étienne Dolet was erected. During the Second World War, however, it was destroyed by Nazi troops; and the bronze was used to make shells.