Five Generations of a Slave Family in Beaufort, South Carolina, 1862 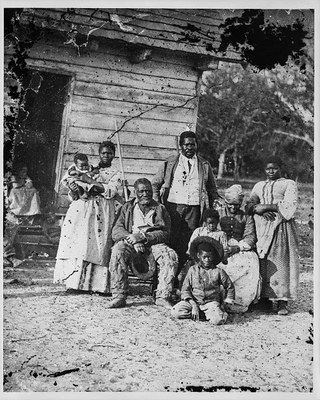 The slaves on the plantation of J.J. Smith in Beaufort, South Carolina, were among the first slaves to be liberated by the Union Army in 1862. Timothy H. O'Sullivan, who accompanied the troops as a photographer and documented many historically important battles, also produced many photographs which depicted large groups of slaves. In the case of the family depicted in this photograph, multiple generations of the family remained on same plantation. This was unusual.