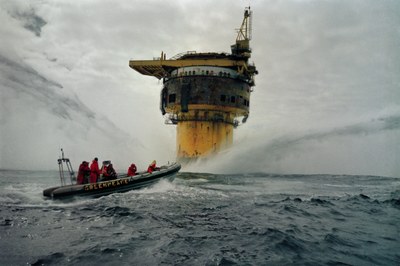 When the Shell Corporation decided to sink the decommissioned Brent Spar oil rig in the North Sea in June 1995, the environmental organization Greenpeace launched spectacular protest actions. Activists drew considerable media attention by occupying the rig, before Shell ultimately removed them. After confrontations with Greenpeace that went on for weeks and a boycott of their filling stations, the corporation caved in. The Brent Spar rig was disposed of on land.