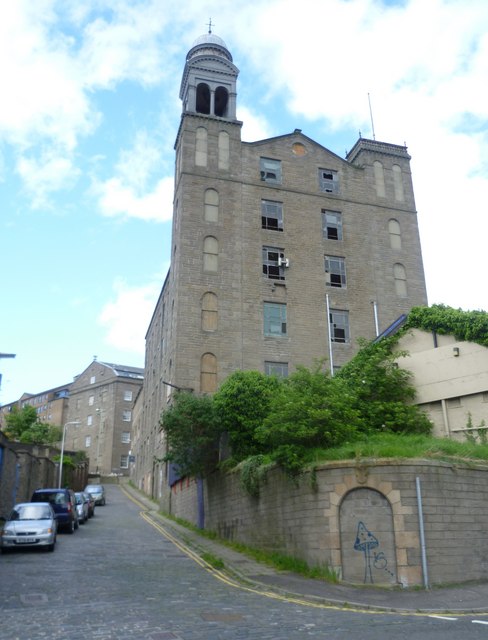 During its industrialization, Great Britain experienced a boom in its textile industry in particular. Many spinning mills and factories came into being not only in northern England, but also in Ireland and Scotland. In the Scottish city of Dundee, the production of jute became a main stay of industrial development and increasingly replaced linen production. The Lower Dens Mills belonged to the Baxter Brothers, who were among the leading linen producers worldwide between 1840 and 1890. From 1822 onward, several new buildings were constructed in Dundee. Bell Mill, which is shown in the photograph, was completed in 1866. Contrary to the trend towards jute production, Lower Dens Mills engaged exclusively in the processing of flax and the production of linen.