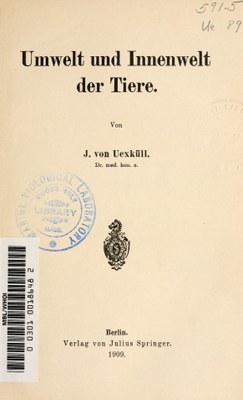 The biologist Jakob Johann Baron von Uexküll (1864–1944) was one of the most preeminent zoologists of the 20th century. In his work Umwelt und Innenwelt der Tiere (Environment and Inner World of Animals) (1909), he introduced the term "Umwelt" (environment) for the first time, and clearly distinguished between it and the surroundings of an organism. Uexküll is viewed as having prepared the ground for the discipline of ecology.