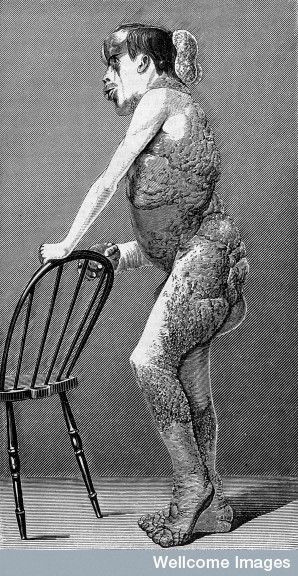 Joseph Merrick (1862–1890) had a genetic condition which resulted in changes in his skin and bones. Apart from his left hand, the extremities of Merrick's body became disproportionately big, which greatly restricted his capacity to move and speak. He appeared at fairs as the "Elephant Man", until he found a permanent refuge in the London Hospital in 1886.