Maimed youths in the Congo, about 1904 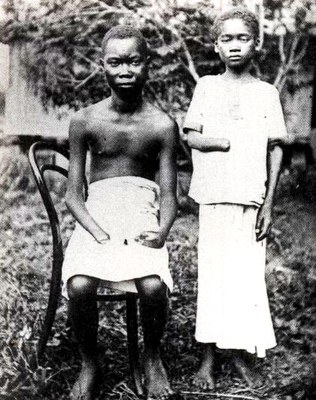 The photograph shows youths who were abused and maimed by the Belgian colonial power in the Congo under king Leopold II of Belgium (1835–1909).