Meeting of the Council of the Anti-Corn Law League 1847 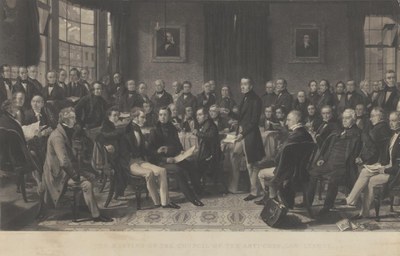 The popular agitation of the Anti-Corn Law League became notorious in mid-Victorian Britain. The ability to mobilise, inform, and organise popular agitation by the written and spoken word proved to be a powerful tool, and led to the League being renowned as a formidable political machine, which served as the model for later pressure groups.