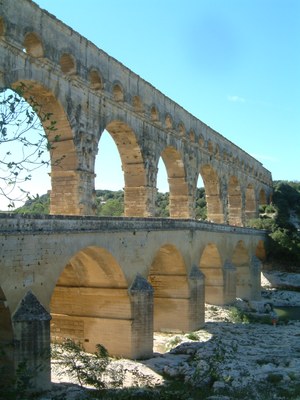 The Pont du Gard is a Roman aqueduct built in the middle of the first century CE. It transported water from sources near Uzès to the Roman city of Nemausus (today's Nîmes). Rising to an impressive 49 metres in height, the aqueduct is generally considered to be one of the best-preserved structures of the Roman era.