Salt Mine at Wieliczka 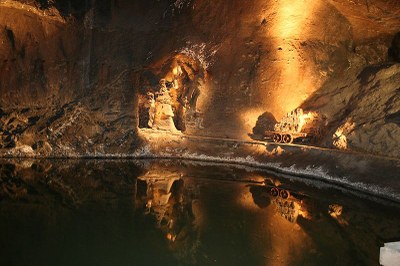 The mining of mineral resources had drastic effects on nature in 20th-century Europe. Mines from earlier periods, such as the salt mine at Wieliczka in Poland featured in the photograph which has become a UNESCO World Heritage Site, appear almost idyllic by comparison.