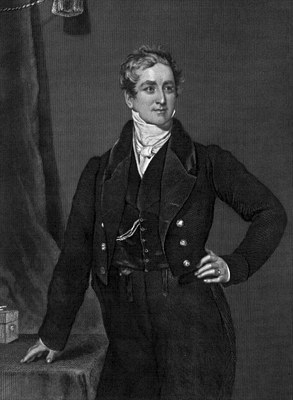 Sir Robert Peel (1788–1850) was the British Prime Minister and leader of the Conservative Party who repealed the Corn Laws in 1846 against the wishes of many in his party, and thus split the Conservative Party for a generation. Peel became convinced of the need to repeal the Corn Laws by the arguments of Richard Cobden and the Anti-Corn Law League. His historical stature has been enhanced by the perception that he placed the interests of the nation before those of his party.