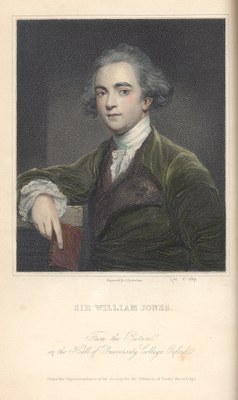 The British jurist and orientalist Sir (from 1783) William Jones, puisne judge to the Supreme Court of Bengal (1783) and founder of the Asiatic Society (1785), greatly encouraged oriental studies in the West and made noted contributions to the studies of Sanskrit and ancient Indian law.